RVhometown is reader-supported. When you buy through links on our site, we may earn an affiliate commission. Learn more

An RV slide-out, also called a slide room, is an optional add-on to an RV that allows it to extend its sidewalls to create a lot of extra space inside. Slide-outs provide a lot of benefits, like luxurious living space and added comfort. However, they are also instances when they become unsafe and cause a couple of problems. 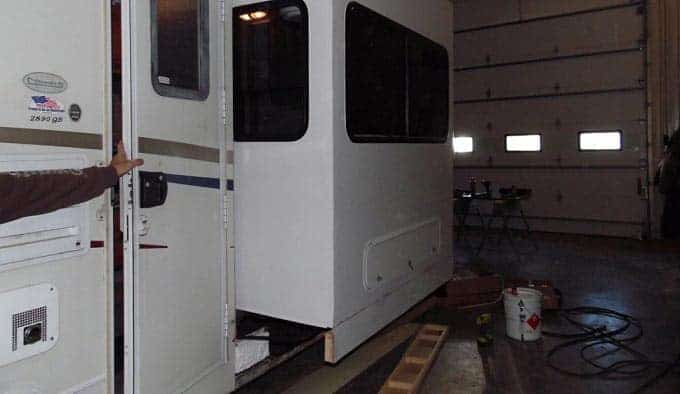 Almost all new RVs or camper homes come with at least one slide-out room, almost as if they were standard options. If you are one of the owners of new RVs that have slide-outs, but you are not a big fan of this feature, then you have to know how to remove it. By learning how to remove RV slide-out, you can get rid of it and replace the walls.

The History of RV Slide-outs

Slide-outs first became popular during the late 90s when RV manufacturers added a small slide-out unit to their basic RV designs. It just slid a foot or so outwards. After a couple of years, the slide-out turned into the “super slide”, which extends out much further.

Because the manufacturers found that people loved this additional feature, they decided to add two and sometimes even three slide-outs in their RV trailers and vehicles after a while.

What is Good About Pull-outs?

The reason why these features became such a big hit was that the public loved the increased floor area, which helps make their RVs feel more like their home. The pull-outs made RVs a whole lot more comfortable whether it is for traveling or permanent living. 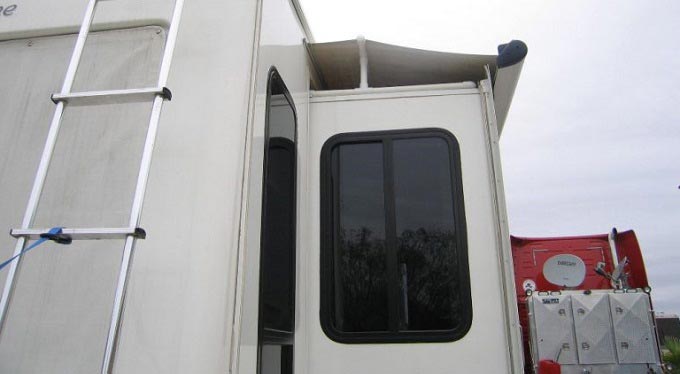 The folks who loved them are the full-time RV residents or those who leave their RVs permanently set up in campgrounds. When you enter an RV with all of the pull-outs open, you could swear that you are in a small apartment.

If you have some sense of design, you can use furnishings to further make the RV look more spacious than it is. It also allows you to make use of all the available space efficiently.

Trouble in the Horizon

The general public would love it if their RVs have more pull-out rooms. However, RV manufacturers are hesitant, and sometimes adamant about not telling their customers about the problems that come with pull-out rooms. These include the following:

Slide-out rooms add more than a ton of weight to the RV – The more rooms it has, the heavier the RV gets, which means bad news for fuel-efficiency. The added weight also means that the chances of RV trailers fishtailing are pretty high.

Slide-out RVs are a lot more expensive – Compared to regular RVs, those with slide-outs are $12,000 more expensive. If you avail of an extended warranty for a slide-out trailer, you can expect that they will be 30% more expensive than traditional RVs and trailers. 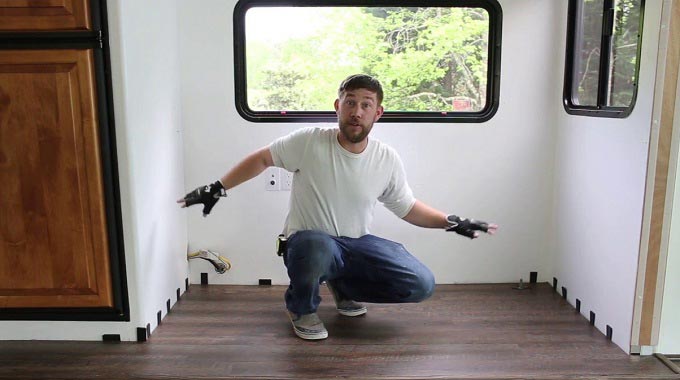 Slide-out has lesser storage space – They might look huge when fully extended but slide-out RVs have lesser storage space. When the slide-outs are pulled back inside the RV, they take up more floor space. This means that you will not be able to carry as much cargo as you used to.

It has a high risk of breaking – Because of all the additional moving parts, the likelihood of slide-out rooms breaking is quite high. Sometimes, the slide-out rooms will simply stop working. In some cases, they malfunction while the slide-outs are extended. This means that you cannot drive them to the shop to get repaired.

Most of the older campgrounds are not built for RVs that have slide-out rooms – If you do find campgrounds that have lots for larger RVs, you will find that they charge a premium price as rent.

It is prone to misalignment – When the slide rooms are closed, they would often get misaligned while traveling, damaging their gaskets. In some cases, the damage is so bad that the entire slide needs to be removed and the gaskets replaced for the slide to work again. This is a lengthy repair process that can also cost thousands of dollars.

They are Rolling Death Traps

The biggest unsaid secret of slide-out trailers is that they are also quite dangerous. Here are a few reasons why it is a bad idea to buy slide-out RVs:

The structural integrity of the whole vehicle is compromised – It is because of the large holes in the body, and the presence of large, heavy, and movable pieces. The more slide-outs an RV has, the more compromised it is, structurally speaking.

What this means is that the body of the RV is supported by the frames of the slide-out rooms. It has little to no strength on its own.

The wonky weight distribution – This is all thanks to the heavy slide-outs positioned at odd places, which makes these RVs more prone to turnovers and sliding on wet roads. Fishtailing with a regular camper trailer in tow is already terrifying. What more if you are towing a trailer with several slide-outs?

Then there are also horrible results when these vehicles figure in accidents. One scenario is when you are driving your RV down the interstate and you, unfortunately, figure in a collision with a stalled vehicle. If you are wearing your seat belt as you should, you will stop along with the rest of the RV.

However, the slide-outs are still moving forward, thanks to their immense weight and since you are directly in front of it, you will be crushed in between the slide-out and the vehicle in front of you. Of course, this is a worst-case scenario, but it is still a very true possibility. 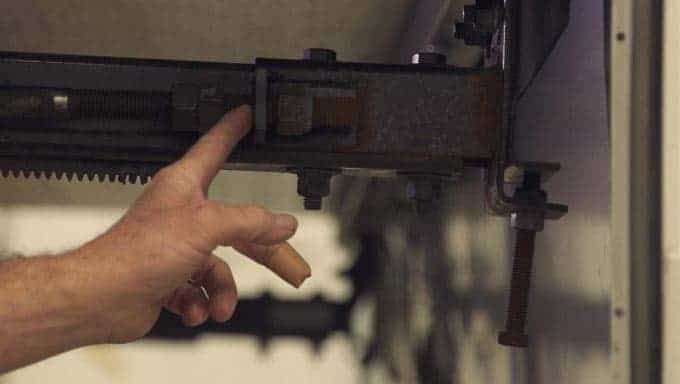 If you just bought an RV with slide-out rooms for a bargain price but you are not particularly fond of the troublesome and somewhat dangerous features, they are not that difficult to remove. All you will need is an extra pair of hands and a toolbox containing the basic types of tools.

Step 1 – Remove the “horseshoe” fitting, which is the molding where the slide-out moves. Pull the slide-out to the limit and allow its floor to drop so that they will be level with the actual floor of the RV.

Step 2 – Support the extended slide-outs using cinder blocks and shims. You will need to use very sturdy and strong supports, have a wide footprint and can support the weight of the slide-out easily.

Step 3 – Remove the fasteners holding the slide-out on the rams. These are usually pins that are in front of the rams. This is always the case regardless if the rams are hydraulic or use a rack-and-pinion mechanism.

These are safety precautions left by manufacturers so the slide-outs do not accidentally extend while you are driving down the freeway.

Some Safety Precautions When Removing Slide-outs

RV slide-outs will usually collapse due to their own weight when they are removed from the main body. This requires you to have sufficient support to carry all that weight. Never try to move them on your own.

If you are not aware of the complexity of removing the slide-out, some RV companies offer services to remove and repair it for you. If you are a new RV owner and you have no prior experience working with RV slide-outs and the like, you should avail of these services for the sake of your own safety.

There was a time when slide-out RVs were all the rage. Well, they were a lot more popular than they are right now. The general public liked the fact that they can essentially double the amount of floor space that their camper trailer has with just flick of a switch.

However, what most RV owners do not know is that slide-out trailers are very troublesome and in some cases, they can also be dangerous. These huge additional parts of the slide-out RV are so heavy that they can cause an imbalance in the RV, which can be quite dangerous when you are driving down the expressway.

It is a good thing that you can remove these slide-outs and replace the now missing sides with a permanent wall. This kind of modification can somewhat give the RV’s body a bit more rigidity without having to sacrifice weight.

It is not bad to like having slide-outs in your RV. Plenty of people still like them despite their negative characteristics. However, that does not mean that you can just ignore the disadvantages and dangers that these features pose, so you should know a thing or two about how to remove RV slide-out.